Maidenhead, UK. Thursday, March 5, 2020: Three UK today announces that Dave Dyson has informed the company of his intention to step down from his role as Chief Executive Officer (CEO) for personal reasons. Dave will be succeeded by Robert Finnegan, who is currently CEO of Three Ireland. Robert will retain his current role as well as taking over as CEO of Three UK on 30 March 2020.

One of CK Hutchison Group Telecom’s core objectives has been to move progressively towards a greater alignment of Three Group Europe’s businesses and platforms. With the merger between Three and O2 in Ireland nearly completed, and the opportunity to appoint a new CEO of Three UK, now is the time to take the next step towards greater alignment.

As CEO of both Three Ireland and Three UK, Robert will have a mandate across both businesses, which is expected to accelerate meaningful growth opportunities.

Robert has been Three Ireland’s CEO since the company’s launch in 2005, growing the operator’s market share from 1% to 36% in that time. Under Robert’s leadership, Three Ireland has completed IT and network consolidation programmes, transforming the business into the largest data network in Ireland carrying more than all other operators combined.

The Three businesses in the UK and Ireland have invested significantly in delivering significant business transformations with a focus on strengthening their networks and a complete refresh of their IT systems, as well as related business processes to become more competitive modern digital businesses.

Canning Fok, Managing Director of CKHGT, said: “We are always looking to create competitive advantages that support our growth aspirations. 5G is an exciting opportunity for both businesses and it’s a good time to pool our resources across the UK and Ireland to do that. I would like to thank David for his significant contribution as the CEO of Three UK and I look forward to continuing to work with him both in his Board roles and as a senior executive resource to CKHGT going forward.”

Robert Finnegan, CEO of Three Ireland, said: “With the integration of the Three and O2 business in Ireland largely complete, we now have a solid platform to look at the next phase of our development. Collaborating more and progressively aligning operations and platforms with Three UK is an obvious opportunity and I am excited to be taking on this challenge as the CEO of both operations.”

Dave Dyson, CEO of Three UK, said: “Three UK is very well positioned to grow in the market after a period of investment in 5G spectrum and more modern IT systems and processes. Robert joins at an exciting time in our history and the combined assets of the UK and Ireland businesses are a fantastic platform to deliver against customer demand. I wish Robert and all the employees of Three UK and Ireland the very best and I am delighted to be staying involved at Board level and as a senior executive resource to CKHGT.”

Robert has been Three Ireland’s CEO since the company’s launch in 2005. He led the team responsible for the acquisition of O2 Ireland in 2014. Since then, under Roberts leadership Three Ireland has completed full IT and network consolidation programmes and their significant digital transformation programme will complete very soon. Three Ireland now has the largest data network in Ireland carrying more than all other operators combined. Three Ireland’s market share has grown from 1% to 36% under Robert’s lead.

Robert worked for CK Hutchison in Hong Kong for thirteen years before he joined Three Ireland. There he served as CEO of its beverage division, Watson’s, where he strategically led the development of its water business in China and Europe, building it to market leader position. He also initiated and led the divestiture of Powwow to Nestle for US$545m. Prior to his role as CEO at Watson’s, he held positions as Financial Controller and Finance and Strategic Planning Director at Hutchison.

An image of Robert is available upon request.

Three launched in 2003 as the UK’s first 3G only network, laying its foundations as the network that was born to be different. Today Three is a connectivity company that connects people to people, people to things and things to things and has more than 10 million customers.

An average Three customer uses 3.5 times more mobile data than the industry average and its network today covers 99% of the UK population. It has the highest Net Promoter Score (NPS) of any of the mobile network operators at +19, alongside +24 for its Employee NPS.

Three also has the UK’s leading 5G spectrum holdings with more than the rest of the industry combined. Three is the only operator able to meet the International Telecoms Union (ITU) 2020 standard for full 5G services.

From July 1, 2020, Three will be the official shirt sponsor of Chelsea FC and this will include making Stamford Bridge a 5G enabled stadium.

Three UK is part of the CK Hutchison Holdings Ltd group of companies which has mobile operations in 11 countries. We employ more than 4,800 people across our offices in Maidenhead, Glasgow and Reading and our 326 retail stores.

Three is one of Ireland’s leading mobile operators with over 2.3 million customers (as of December 2019). Three operates 2G, 3G and 4G networks, has invested nearly €2 billion in Ireland to date and is currently rolling out 5G services. Based in Dublin and Limerick, Three provides a full suite of network services. For more information, please visit: www.three.ie 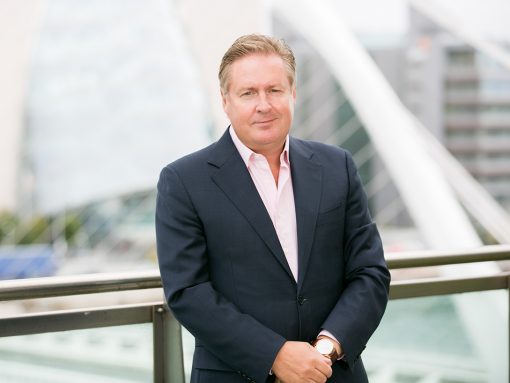 Seven weeks on… an update from our CEO 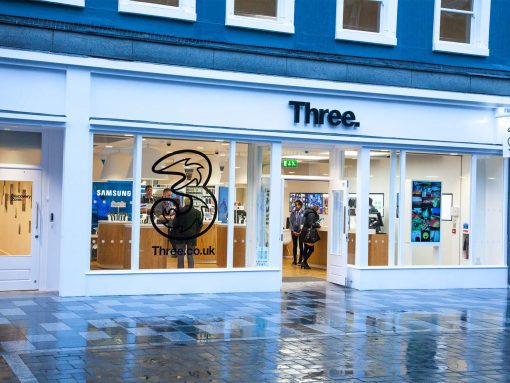