NEW RESEARCH FROM THREE UK UNCOVERS A NATION OF ‘SIDE-HUSTLERS’

New research* released today by Three UK has revealed a growing trend in ‘side-hustling’, with two thirds (65%) of Brits aiming to make their side-line business their main job this year and spending a whopping four hours a day on average supporting their secondary venture. To support this trend, Three has launched Three Means Business – a host of dedicated mobile contracts tailored to entrepreneurs and small businesses.

According to the findings, the ‘side-hustle’ looks set to continue this year, with more than three-quarters (81%) of respondents wanting to start their own business, and more than half (55%) already knowing exactly what their new venture will be. Despite the current economic climate and uncertainty after Brexit, this research could be a positive sign for the country’s economy – as it has been suggested that ‘side-hustles’ could contribute a massive £72billion of income for the UK**.

The rise of the ‘side-hustle’ could be result of job dissatisfaction amongst those surveyed, with a quarter (25 %) believing that they could do a better job than their current boss, and more than half (61%) aspiring to be their own boss with their new business.

Whilst many Brits aspire to become their own boss, the prospect of setting up on their own still comes with some reservations. Three’s research found that the biggest barriers included fear of failure (42%) and limited knowledge (42%). In terms of how to overcome these hurdles, having the right skills and tools came out top (47%), followed by determination (47%) and confidence (42%).

Finding inspiration in the bedroom

The Three Means Business study also discovered inspiration comes in all shapes and places, with the bedroom voted as the best location for that lightbulb moment – with a third (33%) claiming their new business idea came to them in bed. Other locations that proved an unlikely source for business brainwaves included the toilet (15%) and one in ten admitted to having their eureka moment whilst on a date.

Famous faces also provide creative inspiration for the bosses of the future, Richard Branson (12%) was voted the number one inspiration source for business owners, followed by Bill Gates (11%) and Sir Alan Sugar (10%). 7% of those polled said Harry and Meghan were their inspiration for going it alone.

Helen Whetton, Director of Soho and SME at Three said: “As our research shows, the way we work and find job satisfaction is changing. It’s no longer about a 9-til-5 or same job for life. The ‘side-hustle’ trend is growing each year, and there’s never been a better time to take the leap of faith and start your own business.

“At Three we are committed to making that leap as pain-free as possible, which is why we created Three Means Business. We want to make 2020 the ‘Year of the Boss’ – inspiring more people to make that ‘side-hustle’ a full-time reality. With our partnerships and subscriptions, we give entrepreneurs a helping hand with some of the new business hurdles, to allow them to concentrate on building the business they love.”

Three Means Business is aimed at the UK’s growing number of entrepreneurs and small businesses. The offering, in partnership with WeWork, Wix, MOO and FreshBooks, includes one of the cheapest mobile contracts in the market, alongside discounts and free subscriptions to useful services. For more information visit www.three.co.uk/business-tools

*About the survey – 2,000 UK employees took part in the study, hosted by OnePoll. Fieldwork was undertaken between 10th – 15th January 2020.

** Source: ‘The Side Hustle Economy’ – a whitepaper published by Henley Business School, 2018. 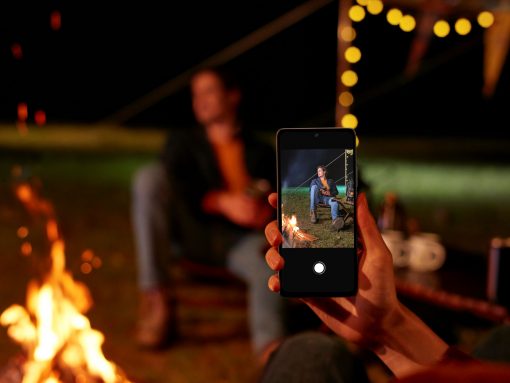