Three UK continues with its network and IT infrastructure transformation to deliver a market-leading customer experience and ensure better connectivity, every day for every customer.

With continued expansion of Three UK’s 5G and 4G rollout, along with network performance going from strength to strength, Three is now proud to have been recognised as the UK’s Fastest 5G Network*.

We are delighted to announce that our continued investment in network technology is paying off for our customers with recognition from Ookla® that we are the UK’s Fastest 5G network in Q1-Q2 2021. In addition, we have also been recognised as fastest in Birmingham, Manchester and London. The awards are recognition of the enhancements we have been making and the addition of two 10MHz blocks of 700MHz spectrum means that experience will improve even further, particularly with indoor coverage.

Almost a third of the UK’s population can now access the UK’s fastest 5G outdoors as our 5G population coverage hit more than 29% in June. More than 300 locations now have live 5G sites, an increase of more than 110 in recent months with more locations being added every week. Among the latest locations to be added are Brimington, Denholme and Littlestone-on-Sea.

A programme to build more than 2,500 new sites is underway with the first sites for customers already online. As the demand for data continues to grow (see below), our network needs more sites to ensure that it can cope with this ever-increasing demand, delivering additional capacity and speeds. These new sites are to enhance the experience for our customers and ensure that they have a network that keeps delivering for them in the future.

The investments that Three is making is to support our customer’s ever growing demand for data. In February, we announced that average data usage per customer per month had reached 17GB and the demand on our network has continued to grow.

Our network reached an all-time data traffic peak of 808Gbps during the Man City vs PSG semi-final match of the Champions League in May. This was almost surpassed by the Euro 2020 semi-final between Italy and Spain (804Gbps) although demand during the England semi-final was significantly lower.

It has also achieved an 84% reduction year on year for network incidents on Downdetector. The company is making further improvements to network capacity and intensively working to move the contents to the edge of the network, therefore making it closer to its customers thereby improving latency and reliability.

Three UK’s enhanced network experience programme is enabling the network team to reconfigure traffic and routing to improve its service and ease the higher traffic areas. The company has now enhanced the configuration of over 2,000 radio sites since April and Three UK customers in areas such as Armagh, Omagh, Cookstown, Glasgow, Aberdeen and Edinburgh are now all enjoying improved data speeds and latency. Three UK is continuing to enhance more areas, majority of which are due to be completed by the end of Q3.

“Keeping our customers at the forefront of every decision we make is why we have continued to invest in our network and IT infrastructure. As we all navigate through uncertain times, our commitment to the expansion of our 5G and 4G rollout is vital to delivering better connectivity, every day for every customer and we will continue to do so.”

*Fastest 5G based on analysis by Ookla® of Speedtest Intelligence® data for Q1–Q2 2021. Ookla trademarks used under license and reprinted with permission. 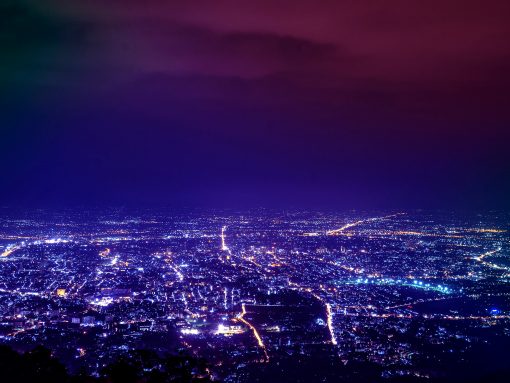