London: Three has teamed up with Chelsea FC to create the world’s first-ever AR kit launch. Three is offering anyone the opportunity to digitally ‘try on’ the home shirt from today, just hours after its official unveiling and ahead of its general availability on July 9 – in what is the most connected kit launch in football’s history.

To take part and try on Chelsea FC’s new home shirt, simply WhatsApp the words ‘virtual kit’ to +44747 656 1433* and the automated process starts. The bespoke AI software uses your chosen picture and digitally maps the new kit onto it seamlessly. People will be given instructions on the best pose by ex-Chelsea legend, Joe Cole. There are also a few tips on photos to avoid such as folded arms and the ‘dab’ from current players like Mason Mount and Christian Pulisic. Three will then send back an altered image** featuring the iconic blue Chelsea shirt that has been magically placed onto the original picture, replicating the real thing – right down to the herringbone material.

A number of famous Chelsea fans including Marvin Humes, Jamie Laing, Tim Lovejoy and Harry Lewis (widely known as @wroetoshaw) have already put the new shirt on and love it! Fans can join them in putting the shirt on ahead of tonight’s game away at West Ham where the Blues will be wearing the kit for real for the very first time. Fans are also encouraged to show their support by sharing their images on social with #ConnecttheGame.

Today’s fan-led virtual kit launch is the first initiative to go live from Three’s partnership with Chelsea. With its goal to ‘Connect the Game’ Three aims to showcase its network capabilities and build a stronger, more open connection between fans and football. In today’s world with the game being played behind closed doors, connectivity has never been more important and Three has kicked off their partnership on day one with the fans at the heart of it.

Elaine Carey, Chief Commercial Officer at Three, said: “Today marks day one of our partnership with Chelsea and we wanted to make sure we started it off with fans at the heart of it.

“Our ambition is to make the game more accessible, inclusive and connected, starting with the launch of the new kit. This idea was borne out of the fact that today’s world looks very different to that of previous years, we know how important getting that new kit is to fans so we wanted to allow everyone the chance to try it on for the game tonight. We therefore hope that all Chelsea supporters will enjoy sharing and following Chelsea in their new AR shirt until they can get their hands on the real thing.”

Guy Laurence, Chief Executive of Chelsea Football Club, said: “We welcome Three to the Chelsea team wholeheartedly. Already from day one they are providing new ways to engage and connect our fan base, and we know Three is keen to connect us all more than ever before. We look forward to what this new era brings for us as a club, and the teams are looking forward to wearing the Three logo on their chests with pride, starting with our game tonight.”

From today, fans will begin to see Three’s ‘Connect the Game’ creativity come to life. The new platform will include activations and initiatives created in partnership with Chelsea FC men’s, women’s and academy teams, club venues and the Chelsea Foundation.

*Only open to UK residents with +44 mobile numbers 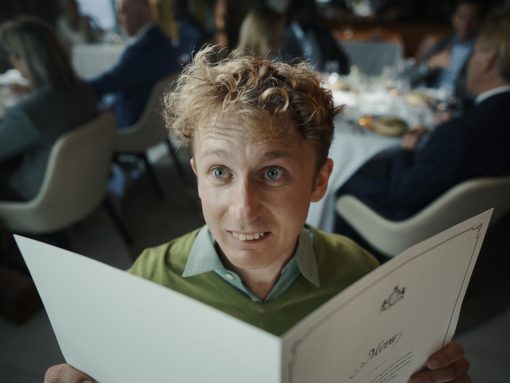