Get your hands on Robbie Williams tickets, thanks to Three UK

Three UK is making 2022 that much sweeter for fans of music, comedy and live shows, as it unveils pre-sale ticket access to some of the hottest events across the UK, thanks to Three+, the mobile network’s rewards app.

The UK’s Fastest 5G Network* is offering Three+ members access to a limited number of pre-sale tickets for Robbie Williams’ XXV tour on the 19 and 21 October 2022, at the AO Arena Manchester.

Robbie will be bringing his high-octane show to Manchester later this year, in a joyous celebration of his 25 years as a solo artist. This follows the recent announcement of his new album ‘XXV’, out on 9 September – available to pre-order now or as part of the pre-sale gig ticket window. The album features many of his greatest hits and fan favourites, all re-recorded and newly orchestrated with the Metropole Orkest.

The pre-sale starts today, Wednesday 15 June, at 9am for up to 48 hours. To access this pre-sale ticket window, fans need to be a Three UK customer (Pay Monthly or Pay As You Go) and have downloaded and registered on the Three+ app before pre-sale opens.

This is part of a three-year partnership between Three UK and ASM Global, allowing the mobile network’s customers to access tickets for hundreds of live events at the AO Arena Manchester, first direct arena Leeds, P&J Live Aberdeen, Bonus Arena Hull and Utilita Arena Newcastle, before they go on general sale.

Three+ is the rewards app from Three UK, with exclusive offers from leading brands across food and drink, entertainment, days out, wellbeing, sport and shopping. The Three+ app is free to download for Three customers to enjoy the latest rewards and a few extra plusses in life. The app is available to download from the Apple App Store and Google Play Store now, plus Huawei EMUI 11.

Snap up a 99p Father’s Day card on Three 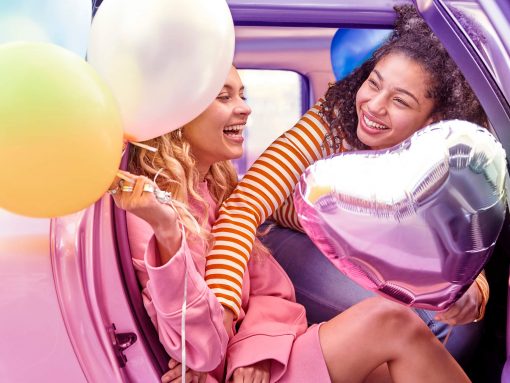 Snap up two cinema tickets for just £6 this Easter