Back to About us

Robert Finnegan was appointed as CEO of Three UK and Ireland in March 2020 having been Three Ireland’s CEO since the company’s launch in 2005 and led the acquisition of O2 Ireland in 2014.

As CEO of Three UK, Robert is responsible for utilising the UK’s leading spectrum portfolio to deliver a great experience for its 10 million customers and has a mandate across both CK Hutchison businesses to accelerate meaningful growth opportunities.

Three Ireland, is one of the country’s leading mobile operators with 35% market share, over 2.3 million customers and carries over 65% of all mobile data traffic in Ireland. Robert is committed to providing its customers with a better connected life through meaningful products, best in class service and a connected network experience.

Robert worked for CK Hutchison (formerly Hutchison Whampoa) in Hong Kong for thirteen years before he joined Three Ireland. There he served as CEO of its beverage division, Watson’s, where he strategically led the development of its water business in China and Europe, building it to market leader position. He also initiated and led the divestiture of Powwow to Nestle for US$545m. Prior to his role as CEO at Watson’s, he held positions as Financial Controller and Finance and Strategic Planning Director at Hutchison for six years.

In addition to Three, Robert is also a non-Executive Director of AMCK, a leader in the Irish aircraft leasing market in Ireland and a CK Hutchison sister company of Three.

A qualified accountant and a Fellow of the Chartered Institute of Management Accountants, Robert has also held senior finance roles at Procter and Gamble and Allied Domecq. 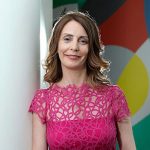 Elaine joined Three Ireland as Head of Sales in 2008 becoming Chief Commercial Officer in 2013 before taking on the combined UK and Ireland role in March 2020.

At Three UK, Elaine, spearheads all of the business’s consumer commercial activities and using the UK’s largest spectrum portfolio to deliver a great customer experience. Her role includes devising and managing Three’s propositions and products portfolio, managing the retail footprint, overseeing ecommerce, customer care and all digital and brand activities along with the management of our partnership with Chelsea FC.

A graduate of business and computing from Limerick IT, Elaine started her career with Esat Digifone and then moved to Digicel in the Caribbean where she was part of the management team that set up the Digicel business in markets including St Lucia, Barbados, Jamaica and others. In 2006 Elaine returned to Ireland and took up the role of Head of ICT with Eircom where she spent two years setting up its ICT division before joining Three in 2008.

Elaine is a Board member of Three UK, Three Ireland and CK Delta, which are all owned by multi-national conglomerate, CK Hutchison Holdings. 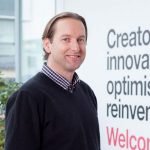 Darren has been our Chief Financial Officer since June 2018 having worked at Three for just over a decade, previously as deputy CFO.

In addition to his traditional CFO duties, Darren is also on the board at MBNL responsible for our network share with EE, ensuring that we can deliver an amazing customer experience while controlling our costs

Prior to joining Three, Darren was previously finance director at Warehouse Fashions and prior to this various Finance roles across the retail sector at Borders Books, Kingfisher plc and Marks & Spencer Group plc. 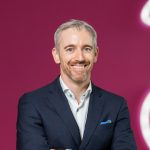 During his time at Three Ireland, the business has grown from a team of 50 to 1,400 employees. Mark was instrumental in Three’s acquisition of O2 in 2014, ensuring a seamless amalgamation of the two organisations.

In 2020, Mark took on the additional responsibility for People & Property in Three UK and now leads a cross-geography team supporting 5,500 people across both businesses.

Mark’s previous experience includes senior HR roles at PayPal International Ltd and A. O. Smith. He has an MBS from the UCD Smurfit School of Business, a BA in Psychology from UCD as well as certificates in employment law and health and safety management from UCD. 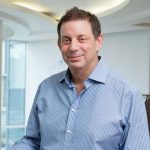 Stephen Lerner is General Counsel and Director of Regulatory Affairs at Three UK and has worked at the company since 2003. He and his 100-strong team are responsible for driving legal and regulatory strategies for the company.

Stephen is currently overseeing a number of initiatives designed to change restrictive policies in the UK mobile phone market. By challenging the status quo on issues such switching and mobile backhaul, Three hopes to encourage competition in the sector at the same time as giving a fairer deal to customers.

He gained his legal qualifications at the University of Western Ontario and studied for his Masters Degree at McGill University in Montreal. 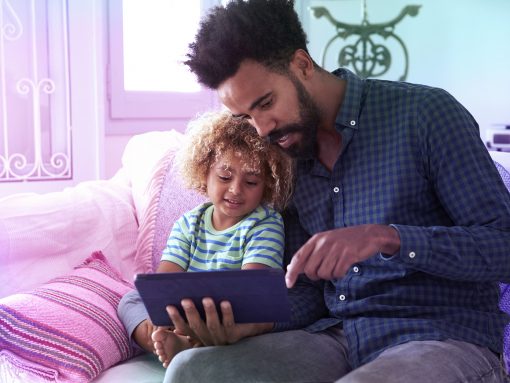